A massive thank you to everyone who supported us in any way on our cycle ride from Brasted to Paris.  A special thanks goes to all of the 27 cyclists who cycled through at least three seasons of weather over the three days but remained cheerful throughout.

Three members of Team Sharratts have provided the following blog from the three days:

Thursday morning seemed to arrive from nowhere; cars pulled up in darkness into Sharratts unrecognisably quiet car park. Strangers with a common goal, with hidden shared anxieties and excitements silently unpacked their bags and bikes and prepared themselves for the three days to come.

With everyone ready we were told what to expect; 70 miles of both urban and country roads with hills a plenty. The rain wasn’t mentioned as a feature, but none the less it joined us anyway for almost the entirety of the day…. and we were off. Locals cheered support from cars as we left and headed down the A25, if they cheered to you personally you’ll likely remember what was said!

17 Miles raced by and we were greeted in East Peckham for a welcome drink and snack. There were, at every stop, a tub of Jelly Babies.   Another welcome stop at the Bell and Jorrocks pub in Frittenden, that was 30 miles devoured and we pushed forward quickly to lunch.  The rain really hit in this window and by the time we arrived everyone was muddy, soaked and more than ready to warm up. The conditions clearly motivated the pack with riders arriving 45 mins before we were expected. The Tiger Inn was almost perfect, there was a roaring fire, a decent lunch and the best flapjack anyone could ask for. I think we all over ate, within a mile there were three of the highest grade hills of the tour; perhaps we should have saved that flapjack. Everyone climbed the hills at a pace suitable for them and raced into Dover.  The ferry was delayed, there was a Burger King at the terminal. We ate on the ferry, we should have eaten at Burger King… always eat at the Burger King. We arrived in Calais and saddled up for the final ride to the hotel. This was to be 5 miles, it was not five miles. The peloton disembarked the ferry and headed into the street lit French streets..5 miles passed, no hotel, 6 miles. No hotel..where is the hotel?!… There was a hotel.. Yes!! There was a hotel!!  I don’t think we’ve ever needed a shower and a rest more.

We were up before the sun on Friday ready to set off at first light.  Not long after leaving the hotel at 8am it was clear that Friday was going to be a tough day.  The wind was getting up and the rain was definitely on its way.

The first 25 miles to the water stop were hilly to say the least and with the head wind it made that first stretch a tough one.  We refuelled at 25 miles and set off on the next stretch of 40 miles to get to our lunch destination.  That 40 miles was the hardest few hours of cycling we had all ever endured with ever the tour company saying they had never seen anything like it.  35mph winds and hard hitting driving rain meant that we couldn’t take in much scenery. A small town about 45 miles in was cobbled, which we are sure would have been lovely in the summer but wet cobbles and road bikes are not the best combination and a number of the team had a few cuts and bruises after slipping and sliding through the town.  This was followed by even harder rain (perhaps even hail) and a section of road where a local farmer had obviously been in and out of the fields with his tractor as about half a mile of the road was covered in mud and a number of us got to lunch looking a little worse for wear.  Just before lunch the sun did make an appearance and we were glad to get to the stop a little drier.

Refuelled, we set off for the last 35 miles of the day with the wind still strong and the rain just about to come down on us again.  The rain meant that Friday was the day for the most punctures but everyone managed to fix them and get on their way quickly to avoid getting too cold standing in the rain.  We arrived in Amien just before 7pm all still smiling and looking forward to celebrating getting through a very tough 102 miles.  Needless to say it was not a late night and we were all apprehensive about what Saturday may throw at us.

We woke up on Saturday morning relieved to see that for the first time it was dry…unfortunately the wind was as present as ever.

Today we were on a tight schedule to get to Paris before it got dark, so we set off as soon as it started to get light.  The first 25 miles were relatively easy going, however after the first water stop the hills were back and the open fields provided no shelter from the 30 mph gusts of wind.

We had a welcome surprise water break after another 20 miles and we stopped long enough to eat another handful of jelly babies and get back on the road.  The next 25 miles was the best stretch of the whole experience with the pretty villages and old buildings providing plenty of shelter from the wind and allowing us to pick up some much needed speed.

After a quick lunchbreak which consisted of the rawest burger I have ever been served we were back on the road for the final stretch which was good going until we reached the outskirts of Paris which was 15 miles of continuous stopping and starting for traffic lights.

We all regrouped at the entrance of Parc Monceau and cycled as a group the last 3 miles through Paris, round the Arc de Triomphe and down to the Eiffel Tower.  As we rounded the last corner a group of friends, family and colleagues were cheering us on which was amazing and topped off an already great experience.  We were all overjoyed and relieved to have made it….until we were informed we had to cycle another 5 miles back to our hotel! 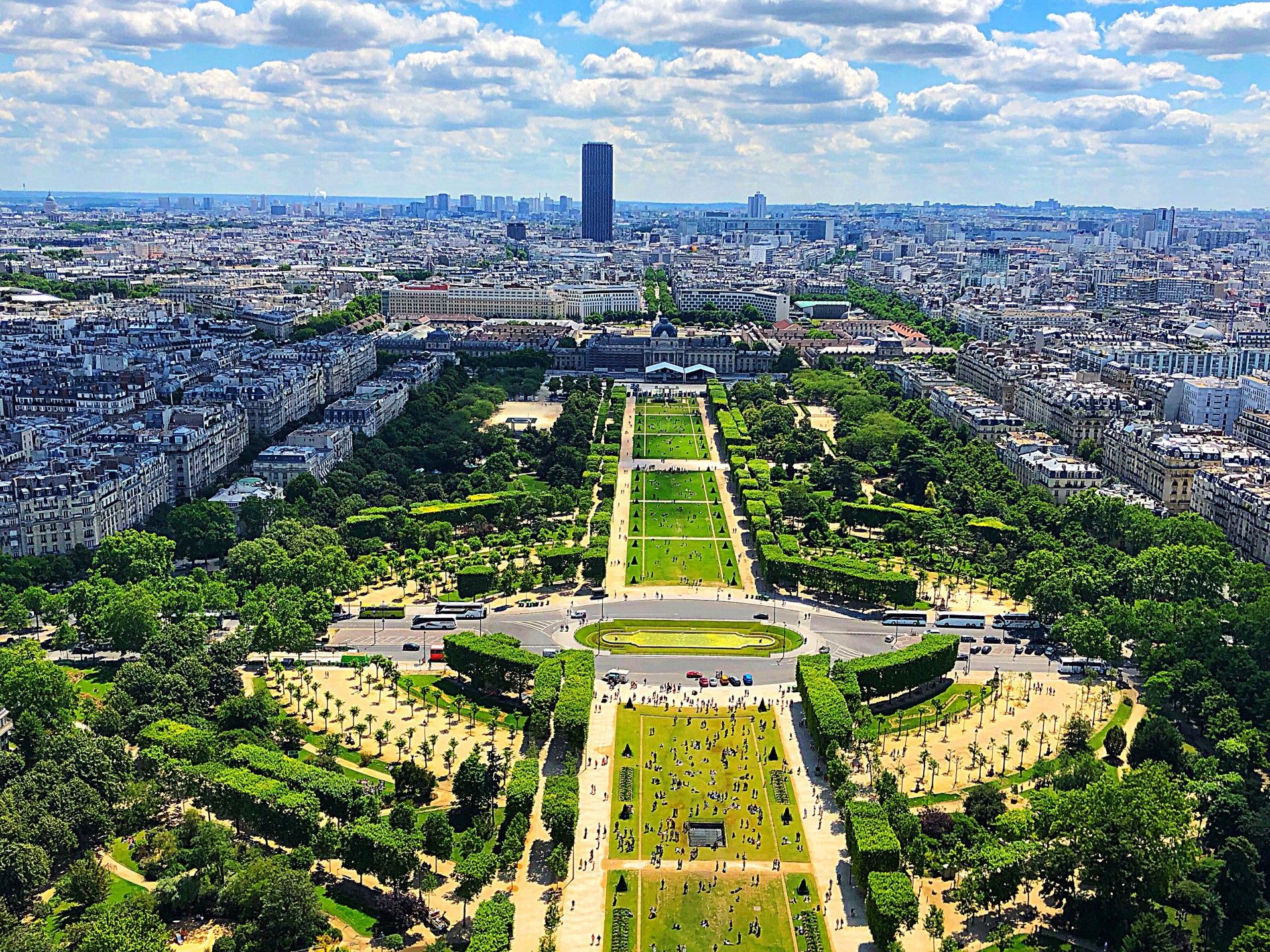